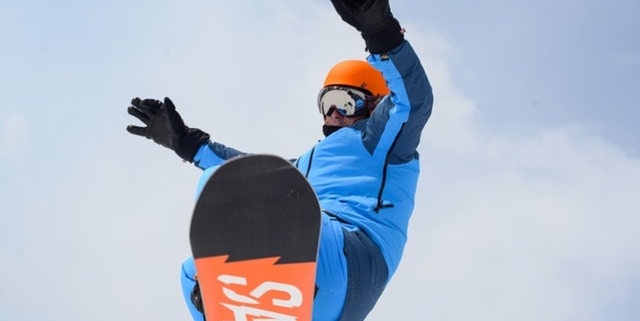 Adrian’s Story
On 9 February, 2003, while in France, I broke my right leg in a snowboarding accident. It was a spiral fracture. I broke the right fibula and tibia. At the time it didn’t seem too serious as far as broken legs go.
I had an operation in France to have a plate put in the leg, then was treated in my local hospital. After about seven months the plate snapped. When they operated to replace the broken plate, serious problems started, with infection plus non-union. I was transferred to King’s College Hospital and have been undergoing treatment there ever since. I had three frames put on between 2005 and 2009, first an Ilizarov, then two Taylor Spatial frames.
To keep busy and stay in shape while enjoying the fine weather, I started weight training with a bench and a couple of dumbbells in the garden. I used to put my leg up and just did whatever I could. I would work around my injury and do things at my own pace. I also tried swimming , but this was the one sport I could never really get the hang of, even before the accident. It was only while in the Taylor Spatial frames that I really started to make progress. It was hard work with all that metal but, over two years, I went from struggling to do five lengths to doing 100.
I was a bricklayer and, at the time of the accident, had a good job working for a small retail maintenance firm.
Six months after the accident, when things weren’t going to plan, I started to think what else I could train as, just in case my leg didn’t heal. I used the time to go to free adult education classes. I did maths and English courses for the first year, then paid for various bookkeeping, accounting and ECDL (European Computer Driving License) computer courses.
While in my second frame and doing an NVQ accounting course, I won a career development award, but was not able to go to the ceremony as I was in hospital having an operation.
Starting something new
My final frame came off in February 2009 after more than six years of treatment. If it weren’t for the encouragement and care I received at King’s College Hospital, I would not be in the position I am now.
Within four months of the frame being taken off, I competed in my first ever triathlon, a novice event in which I came seventh out of about 50. I received an Outstanding Achievement Award from Ashford Tri Club head coach Christine Johnson. So a big thank you from me to everyone who has looked after me over the years. I have continued with the triathlon and joined my local club, Ashford Tri. They have encouraged me, made me feel very welcome and part of the group.
I would like to say a big thank you to Marjorie and Mark, my mum, dad and brother Philip, who have always been there for me through some quite tough times.
Back in a frame
Due to an accident on the 13 August, 2009, my leg has refractured. I was cycling to a hospital appointment when the chain came off the bike. The leg was a mess with a big compound fracture.
I had an operation at Ashford’s William Harvey Hospital where they just washed out the wound and the leg was put in a back slab. I had already requested, and was transferred to King’s the following day, where my fourth frame was put on, on 15 August, one day before a planned triathlon in Worthing.
I had only been back at work full time for eight weeks of a three month trial, and lost that job. But they were good to me, and paid me full pay up to the end of September, for which they had no obligation. This has given me breathing space and time to fill out all those lovely forms.
I have started swimming again. It is still hard, slow work even after so many years of swimming with the frames, and I still get a great sense of achievement from every little goal I achieve.
I think for me the key is to achieve small weekly goals, then the long-term goals will follow.
I am back to doing physio sessions two to three times a day. They are the key to success if you want to go back to an active life once the frames are removed. I completed two triathlons, did lots of long runs, some cross-country over the South Downs and some distance bike rides, and think this is due to keeping active while in the frames.
I do know I will be back, fighting fit.

Things we used to do as family had to stop

I am grateful for every step I take
Scroll to top