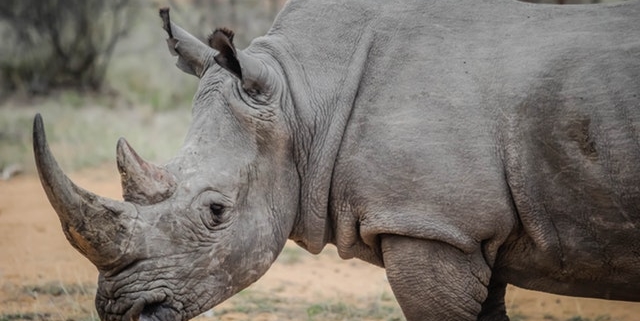 While a guest on a television production just over 20 years ago I had a run-in with a rhino, which caused me considerable damage, including a badly broken leg. The first orthopaedic surgeon treated the leg with a simple plaster cast. After a year it had failed to affect a union.
The second surgeon decided on a new piece of equipment named after its inventor, Ilizarov. Unfortunately, as this equipment was very much in the experimental stage in 1988, it was removed before a full union had been effected.
The third orthopaedic team based in Harley Street, London, endeavoured to repair the leg by grafting bone from my hips. Five years and three failures later, we went ‘orthopaedic shopping’, consulting 16 experts in the UK, Switzerland and the US.
As a result of reading some papers presented by a surgeon, and having experience the Ilizarov equipment and believing in its efficacy, I decided to return to that treatment in the hands of a Sheffield surgeon who claimed to have a success rate of 80%.
This treatment started in September 1993, with the fitting of a more complex Ilizarov frame consisting of five wheels to allow two areas for adjustment: near the ankle by the original break to straighten it, and nearer the knee to allow for the major leg bones to be osteometised (cut or broken) before being extended.
Over the next two years the adjustment straightened the distal or ankle break and allowed for the broken ends to be trimmed so that they could unite properly. The proximal area where it had been cut was extended by 105mm so that the leg was now more or less straight and the correct length.
Unfortunately about this time several of the wires that supported this system broke, causing the frame to weaken. Surgeons replaced the Ilizarov with a bar fixator (Orthofix), attached with bolts to the bone. However, the bone that had been extended by 4 inches was soft. The bolts into the bone loosened and allowed the leg to bend, placing my foot at a strange angle, which was inconvenient and painful to walk on. The surgeon suggested that I live with it until the bone consolidated. This was in 1995.
After some years I returned to Sheffield to have the simple wedge removed, as suggested in 1995. The treating surgeon suggested Ilizarov and oseotemised at the same two sites to straighten the foot and lengthen the leg. This was done at the same Sheffield hospital from August 20013 and August 2004.
As my foot was realigned incorrectly I returned in May 2005. However, my health insurance cover had stopped in 1995 and I could not afford surgeon and private hospital fees.
My London GP (Dr Gordon Cochran) referred me to Mr Graeme Groom, head of the orthopaedic department of King’s College Hospital. Under the NHS Mr Groom has taken just two and half years to correct my leg, obtaining union and straightening the limb to a remarkable degree. At last I am now able to walk without the aid of any stick or crutches, and more importantly, WITHOUT PAIN.